Gregory Chandler Herman (born May 28, 1977 in Bloomington Indiana) is an American screenwriter, director, producer, editor motion designer and musician, who comes from a history of design and art direction in the TV and commercial branding world. Prior to writing and directing movies and re-branding numerous national television campaigns Herman was a founding member of Metal Blade Records mathcore band; PsyOpus. 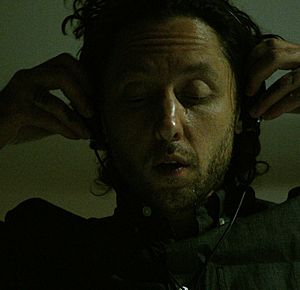 Herman's motion design career includes many national television campaigns and rebrands including work from NBC, ABC, FOX Sports, and NFL Network. In 2014 Greg worked as VFX editor and motion designer on Marvel's Captain America : The Winter Solder. In 2015, Herman was one of the select motion design professionals showcased and interviewed in the Focal Press book "Design for Motion: Fundamentals and Techniques of Motion Design" written by Austin Shaw. As a writer and director of narrative content, Greg has produced, written, directed, designed and edited several short movies, most notably the award winning Last Hit, and The Straight and Narrow Greg's debut feature movie was produced in 2017 by his own production company, AGN&S Wolf, from a script he wrote, and directed. The movie is titled Little Lamb and comes out in 2018.

Herman was the original drummer and one of the founding members of PsyOpus, who signed with Black Market Activities in 2002 based off the demo titled 3003. PsyOpus's debut full length album, Ideas of Reference, came out in 2003 on Black Market Activities initially but was re-released on Metal Blade Records in 2004, securing them international distribution. Herman toured with Psyopus in support of Ideas of Reference until the end of 2004, when he left the band to pursue a career in movies and design.

All content from Kiddle encyclopedia articles (including the article images and facts) can be freely used under Attribution-ShareAlike license, unless stated otherwise. Cite this article:
Greg Herman Facts for Kids. Kiddle Encyclopedia.