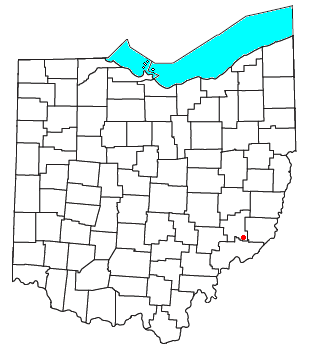 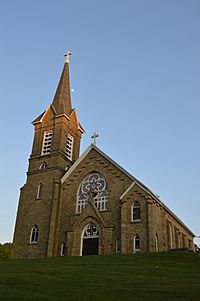 Harriettsville is an unincorporated community in western Elk Township, Noble County, Ohio, United States. It lies along State Route 145 at its intersection with County Road 46. The East Fork of Duck Creek, a subsidiary of the Ohio River that meets the river near Marietta, runs along State Route 145 past the community. It lies 8 miles (13 km) northeast of Lower Salem by road, and 13 miles (21 km) directly southeast of Caldwell, the county seat of Noble County.

All content from Kiddle encyclopedia articles (including the article images and facts) can be freely used under Attribution-ShareAlike license, unless stated otherwise. Cite this article:
Harriettsville, Ohio Facts for Kids. Kiddle Encyclopedia.