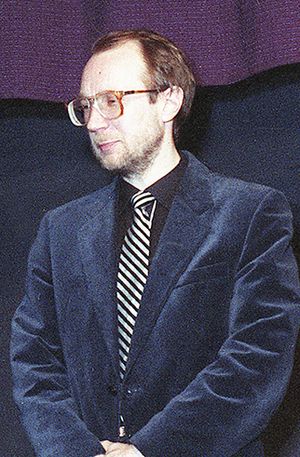 Since 1973 he has worked in Tallinnfilm Studio.

He has filmed about 20 animated films, mostly Priit Pärn's films.

All content from Kiddle encyclopedia articles (including the article images and facts) can be freely used under Attribution-ShareAlike license, unless stated otherwise. Cite this article:
Janno Põldma Facts for Kids. Kiddle Encyclopedia.