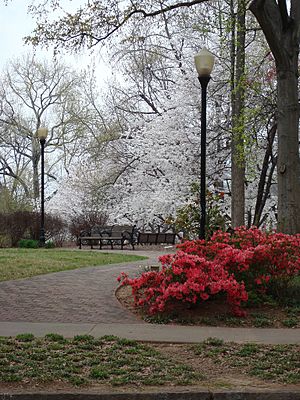 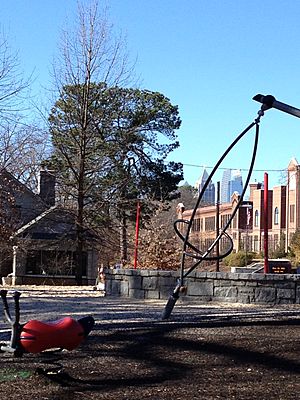 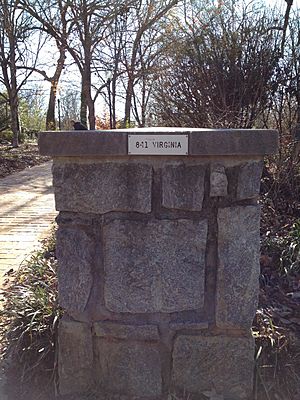 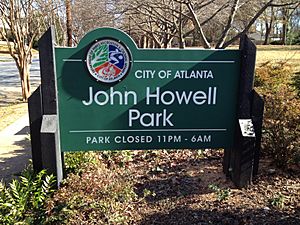 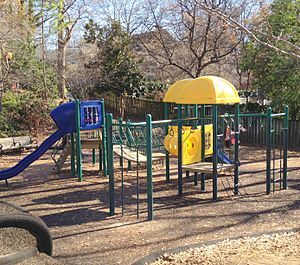 John Howell Memorial Park is a 2.8 acre park in the Virginia Highland neighborhood of Atlanta.

The park is built on the site of 11 houses demolished in the mid-1960s, when the Georgia State Highway Department proposed building Interstate 485 to connect what is now Freedom Parkway through Virginia-Highland to what is now Georgia 400 at Interstate 85. The park site would have been the Virginia Avenue exit off the freeway.

I-485 was finally defeated, and The Georgia Department of Transportation began selling the properties it had acquired. In 1988, the park opened.

In the early 1980s, the Virginia Highland Civic Fund, Inc. was created to plan and develop the space. The park design emerged from a study broadly distributed broadly across the neighborhood. In the late 1980s, the Living AIDS Memorial Park Project and Volleyball Atlanta joined the effort and provided fundraising and technical help.

In 1989, the park was named after Virginia-Highland resident and anti-freeway activist John Howell, who died from complications of HIV in 1988.

Peter Frawley & Associates, a local landscape architectural firm, coordinated all the input. In February, 1993, the Atlanta City Council approved the final plan for the park. The decade-long fund raising and construction project was headed by Jerry Bright and Rick Porter. The John Howell Park Project corporate minutes from 1985-2000 and other historical documents are available at the Emory University Library in Atlanta.

Features of the park, from west to east, are:

Along Virginia Avenue are eleven granite columns, each of which bears the address of one of the homes that were demolished.

All content from Kiddle encyclopedia articles (including the article images and facts) can be freely used under Attribution-ShareAlike license, unless stated otherwise. Cite this article:
John Howell Memorial Park Facts for Kids. Kiddle Encyclopedia.