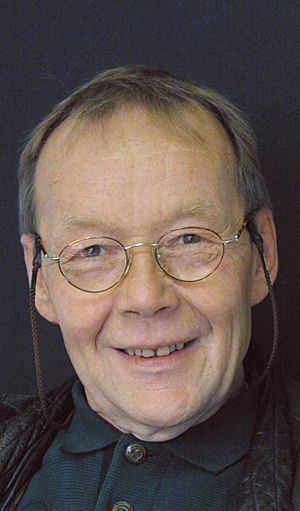 John Persen (9 November 1941 – 12 December 2014) was a Norwegian composer. He was born in Porsanger, Norway. He was the son-in-law of Finn Strømsted. He was awarded Lindemanprisen in 1999, and Edvardprisen twice, and was awarded honorary membership of the Norwegian Society of Composers.

All content from Kiddle encyclopedia articles (including the article images and facts) can be freely used under Attribution-ShareAlike license, unless stated otherwise. Cite this article:
John Persen Facts for Kids. Kiddle Encyclopedia.