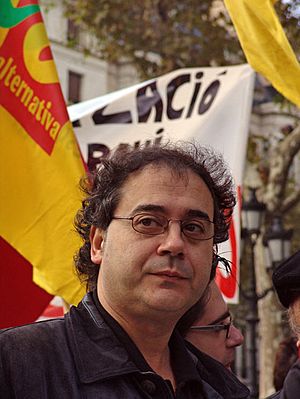 Jordi Miralles i Conte (27 April 1962 – 14 October 2015) was a Spanish politician. He was born in Barcelona. He represented the district in the Parliament of Catalonia from 2003 to 2012. He was a member of the United and Alternative Left.

All content from Kiddle encyclopedia articles (including the article images and facts) can be freely used under Attribution-ShareAlike license, unless stated otherwise. Cite this article:
Jordi Miralles Facts for Kids. Kiddle Encyclopedia.