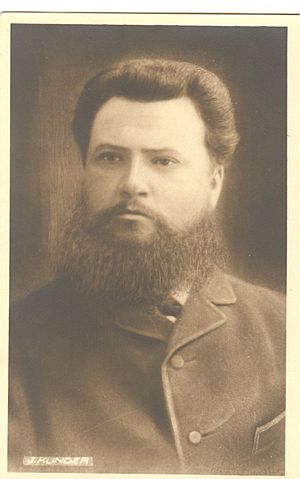 He did collaborations for several Estonian newspaper and magazine, including Postimees, Sakala, Valgus, and Meelejahutaja.

He died in 1888 because of typhus. He is buried at Rakvere Cemetery.

All content from Kiddle encyclopedia articles (including the article images and facts) can be freely used under Attribution-ShareAlike license, unless stated otherwise. Cite this article:
Juhan Kunder Facts for Kids. Kiddle Encyclopedia.