Katsuhiko Okamoto is a Japanese inventor who specializes in modifications of the Rubik's Cube. Since 2001 he has created 31 such puzzles. 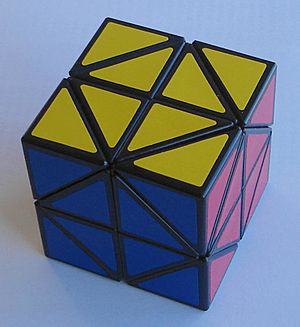 The Bevel/Helicopter Cube, developed by Okamoto and Adam Cowan independently.

All content from Kiddle encyclopedia articles (including the article images and facts) can be freely used under Attribution-ShareAlike license, unless stated otherwise. Cite this article:
Katsuhiko Okamoto Facts for Kids. Kiddle Encyclopedia.