Kids Encyclopedia Facts
This page is about the anthem. For the Roselyn Sanchez album, see Borinqueña (album).

The music was originally credited to Félix Astol Artés in 1867 as an habanera danza, with romantic lyrics, but there is some evidence that Francisco Ramírez, a native of San Germán, wrote the music in 1860, and named it "La Almojábana". In 1868, Lola Rodríguez de Tió wrote a poem in support of the Puerto Rican revolution, which was set to the Ramirez/Astol Artés music. In fear of investigation by the Spanish insular government, Ramirez asked Astól to claim authorship of the music since he was a native of Catalonia and would therefore raise no suspicion.

After the cession of the island to the United States, the popular revolutionary lyrics of Lola Rodríguez de Tió were deemed too subversive for official adoption; therefore, a non-confrontational set of lyrics were written in 1903 by Asturias-born Manuel Fernández Juncos. The tune was officially adopted as the Commonwealth's anthem in 1952 by governor Luis Muñoz Marín, and the words were officially adopted in 1977 by governor Carlos Romero Barceló.

The official version is played as a slow march, without the original tune's initial paseo. Per the request of the new government, Ramón Collado rearranged the music in 1952 into a more military tune. Luis Miranda, the musical director of Puerto Rico's 65th Infantry Regiment Band, adapted the tune to be played as a march in 1922. The 1977 law that adopted the words as an anthem merely stated that the anthem be played as a march, the tempo vaguely described as being in a "martial manner", but established no official arrangement for the music. An official revision made in 2003 leaves the tune as a march.

In 2012, Dr. Yajaira Sierra Sastre, an aspiring astronaut, collaborated in a variety of projects with the National Nanotechnology Infrastructure Network and the Cornell Nanoscale Facility, which included writing the smallest national anthem ever written, La Borinqueña Más Pequeña 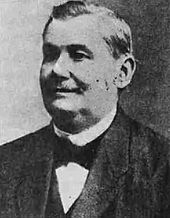 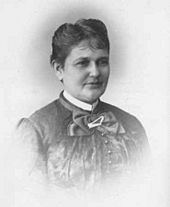 All content from Kiddle encyclopedia articles (including the article images and facts) can be freely used under Attribution-ShareAlike license, unless stated otherwise. Cite this article:
La Borinqueña Facts for Kids. Kiddle Encyclopedia.