This list collects the transport-related vehicles exhibited or owned by the Museum of Transport and Technology (MOTAT) in Auckland, New Zealand. 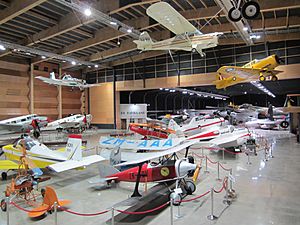 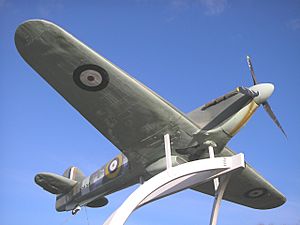 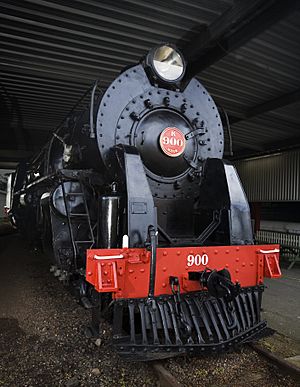 A variety of carriages and wagons from the late 19th and 20th century including a sleeping car. Waitakere Station buildings and the Mount Albert Signal Box located at MOTAT 1. MOTAT's collection also includes a Fell brake wagon F210 on loan to Friends of the Fell Society at the Fell Engine Museum, located in Featherston in the Wairarapa district of the lower North Island in the foothills of the Rimataka Ranges.

Lists complete carriages only. Other bodies and chassis are in collection pending restoration as well as wagons, vans and Way & Works Vehicles. On various special occasions, The Western Springs Railway can operate mixed and goods trains as well as passenger trains using some of the following carriages: 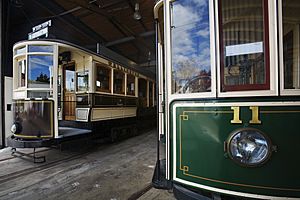 A brief history of omnibuses in Auckland

Auckland has had a long association with the bus. Horse buses appeared in the mid to late 19th century in competition with the Horse Tramway. Evolving with the invention of the steam, petrol and later diesel engines. The increasingly reliable vehicles served the outlining and semi-rural areas of Auckland not already served by the Tramways from the 1920s. Without the need for expensive fixed infrastructure such as tracks and overhead wires, the flexibility of the road going buses has been their ultimate success. 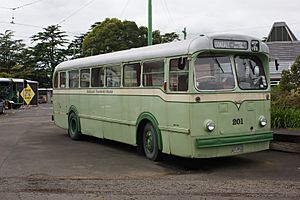 Formerly in the MOTAT Collection

A brief history of Trolleybuses in Auckland

In 1938, the Farmers Trading Company department store began operating four trolleybuses on a one kilometre long loop from Farmers in Hobson Street, down Victoria Street, turning into Queen Street and finally traversing steep Wyndham Street back to Farmers. These buses were operated until 1967, when an experimental overhaul of No 3 concluded it uneconomic to overhaul the remainder of the fleet. The Farmers Free Bus service continued operating with newer trolleybuses.

The Queen Street Shuttle buses were distinct with a red band painted around the bus and permanently sign written with route information. They also had an increased standee capacity, achieved by reducing one side of the aisle to single seats. They operated with conductors until fitted with fare honesty boxes until 1972. To reduce standing time at bus stops, entry and alighting were permitted at both front and rear doors. The service was designed for speedy passage of passengers between the Beach Road railway station, Queen Street and the Karangahape Road department stores Rendalls and George Courts.

Unfortunately the trolleybus system used the majority of the old tramway electrical reticulation system which dated from 1902 and in 1980 was approaching 80 years of age. Trolleybuses routes began being closed in 1977 in favour of diesel buses. On 28 September 1980 the ceremonial last trolleybus ran and the Auckland trolleybus system closed. A new generation trolleybus system was proposed in the early 1980s, but a change in policy within the Auckland Regional Authority saw the new-generation trolley bus system abandoned in 1981, despite 20 new Volvo B10M chassis with Ansaldo electrical equipment and Robosio overhead being ordered and delivered and sections of overhead installed. The new buses were sold to Wellington City Transport and completed to their specifications. More recently these trolleybuses were sold and have been converted to diesel buses.

All content from Kiddle encyclopedia articles (including the article images and facts) can be freely used under Attribution-ShareAlike license, unless stated otherwise. Cite this article:
MOTAT collections Facts for Kids. Kiddle Encyclopedia.