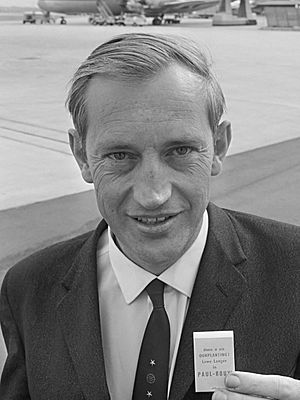 Marius Barnard (3 November 1927 – 14 November 2014) was a South African cardiac surgeon. He was the inventor of critical illness insurance. Barnard was a member of the South African parliament between 1980 and 1989. Barnard was born in Beaufort West, Western Cape. His brother was Christiaan Barnard.

All content from Kiddle encyclopedia articles (including the article images and facts) can be freely used under Attribution-ShareAlike license, unless stated otherwise. Cite this article:
Marius Barnard (surgeon) Facts for Kids. Kiddle Encyclopedia.