The Mayor of the City of Los Angeles is the official head and chief executive officer of Los Angeles, California, United States. The officeholder is elected for a four-year term and limited to serving no more than two terms. Under the Constitution of California, all judicial, school, county and city offices, including those of chartered cities, are nonpartisan.

There are 42 people who have served as mayor in Los Angeles since 1850, when California became a state following the American Conquest of California. Prior to the conquest, Californios served as Mayor of Los Angeles during the Spanish and Mexican eras since 1781. Eric Garcetti has been the city's current mayor since 2013.

Los Angeles has a strong mayor council form of government, giving the mayor the position of chief executive of the city. The mayor is given the authority to appoint general managers and commissioners, remove officials from city posts, and is required to propose a budget each year. Most of the mayor's appointments and proposals are subject to approval by the Los Angeles City Council, but the mayor has the power of veto or approval of City Council legislation.

The organization of the mayor's office changes with administration, but is almost always governed by a chief of staff, deputy chief of staff, director of communications, and several deputy mayors. Each mayor also organizes his office into different offices, usually containing the Los Angeles Housing Team, Los Angeles Business Team, International Trade Office, Mayor's Volunteer Corps, and Office of Immigrant Affairs, among other divisions.

The mayor has an office in the Los Angeles City Hall and resides at the Mayor's Mansion, Getty House, located in Windsor Square in Hancock Park. As of Fiscal Year 2015–16, the salary for the mayor is set at $239,993.

Elections for mayor were held in odd-numbered years from 1909 until 2013. In October 2014, the Los Angeles City Council recommended consolidating city elections with gubernatorial and presidential elections in even-numbered years in an effort to increase turnout. On March 3, 2015, voters passed a charter amendment to extend the term of the mayor elected in 2017 to five-and-a-half years. From 2022 and onward, mayoral elections will be consolidated with the statewide gubernatorial elections held every four years.

The most recent election was held in May 2013. Incumbent mayor Antonio Villaraigosa was ineligible to run for reelection due to term limits. Eric Garcetti and Wendy Greuel received the most votes in the March primary, and Garcetti was elected mayor in the May runoff election. Garcetti assumed office July 1, 2013, becoming the 42nd mayor of Los Angeles.

In the case of an office vacancy, the City Council has a choice to appoint a new mayor or to hold a special election. The replacement, if appointed, will serve until the next regularly scheduled primary for a city general election. If any portion remains on the term, a special election will be held to elect a candidate to serve the remainder of the term.

The mayor is subject to recall by registered voters if at least 15 percent of eligible voters sign a recall petition within 120 days of the first day of circulation. If the petition is successful, a special election is held asking whether the incumbent should be removed and who among a list of candidates should replace the incumbent. If the recall is successful, the replacement candidate with the majority of votes succeeds the ousted incumbent. If no replacement candidate receives a majority of the votes, a special runoff election is held between the top two candidates.

As of January 2022, 42 individuals have served as mayor of Los Angeles since its incorporation as a city in the state of California. Six individuals served non-consecutive terms, the first of which began in 1854 and the last of which ended in 1921. Those who served non-consecutive terms are only counted once in the official count of mayoralties. Stephen Clark Foster was also appointed as mayor in 1848 prior to California statehood and official incorporation of the City.

The longest term was that of Tom Bradley, who served for 20 years over five terms prior to the establishment of successive term limits. The shortest term, not counting city council presidents serving as acting mayor, was that of William Stephens, who was appointed to serve for less than two weeks after Arthur Cyprian Harper resigned from office. Two mayors died in office: Henry Mellus and Frederick A. MacDougall. Three Hispanics have served as mayor since incorporation: Antonio F. Coronel, Cristobal Aguilar, and Antonio Villaraigosa. Many other Hispanics served as mayor prior to California joining the United States including Manuel Requena, who also briefly served as acting mayor post-statehood in his role as city council president. Tom Bradley is the only African American to have served as mayor, but was the city's longest serving mayor. Two French Canadians have served as mayor, including Damien Marchesseault, who served for three distinct periods, and Prudent Beaudry.

This list includes three city council presidents who served as acting mayor due to a vacancy in the office of the mayor but who were not officially appointed as mayor. The council presidents are not included in the count of mayors. 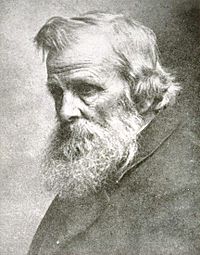 Stephen Clark Foster, 5th mayor, was also appointed mayor in 1848 prior to the city's official incorporation. 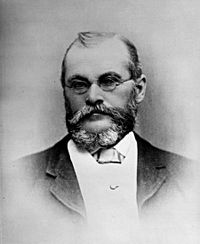 Prudent Beaudry, 13th mayor, was the second French-Canadian in the office, the first being Damien Marchesseault. 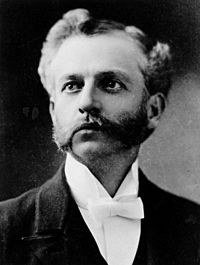 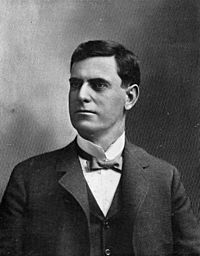 Frank L. Shaw, 34th mayor, was the first mayor to be recalled from office anywhere in the United States. 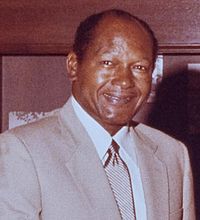 † Council presidents who temporarily served as acting mayor in case of a vacancy but were not officially appointed to the position are not included in the count of mayors.

The following is a list of congressional, gubernatorial and other offices held by mayors, before or after their term(s).

All content from Kiddle encyclopedia articles (including the article images and facts) can be freely used under Attribution-ShareAlike license, unless stated otherwise. Cite this article:
Mayor of Los Angeles Facts for Kids. Kiddle Encyclopedia.