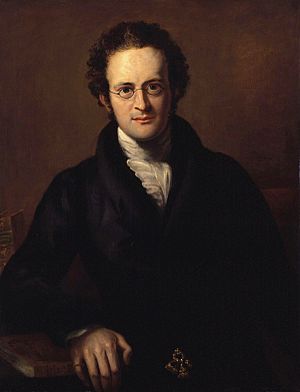 Minor Morals for Young People is a work of Children's literature by John Bowring, published in three parts from 1834 to 1839. The work was illustrated with engravings by George Cruikshank and William Heath.

Sir John Bowring (1792–1872) was an English political economist, traveller, miscellaneous writer, polyglot, and the 4th Governor of Hong Kong. The work strives to educate as well as entertain. A contemporary reviewer argued that the author "has kept view the establishment and nurture of sound principle in young minds". The third volume, published in 1839, focused on "Oriental History" and folklore.

Minor Morals is centered on the Howard family—Mr Howard, a wise father and storyteller, his wife ("Mrs. Howard"), and their three children: Arthur, George, and Edith. Mr. Howard imparts various lessons and tales to his children.

The third volume is dedicated to "Lady Ponsonby". In the preface, the author describes his motive to interest children in "the East". The author describes including genuine folklore, writing: "As to the stories connected with Oriental superstitions, I have recorded them as I heard them".

All content from Kiddle encyclopedia articles (including the article images and facts) can be freely used under Attribution-ShareAlike license, unless stated otherwise. Cite this article:
Minor Morals for Young People Facts for Kids. Kiddle Encyclopedia.