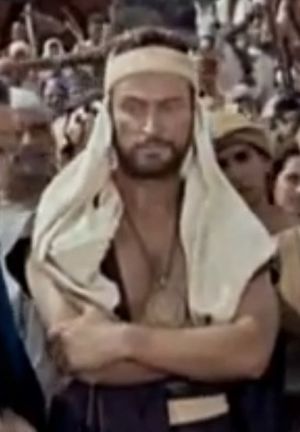 Nando Angelini (17 August 1933 – 7 August 2020) was an Italian actor. He appeared in more than eighty movies between 1957 until his death. He was born in San Benedetto del Tronto, Italy. His best known roles were in Il Sorpasso, Barabbas and Bloody Pit of Horror.

All content from Kiddle encyclopedia articles (including the article images and facts) can be freely used under Attribution-ShareAlike license, unless stated otherwise. Cite this article:
Nando Angelini Facts for Kids. Kiddle Encyclopedia.