Kids Encyclopedia Facts
Not to be confused with Osceola, Ohio. 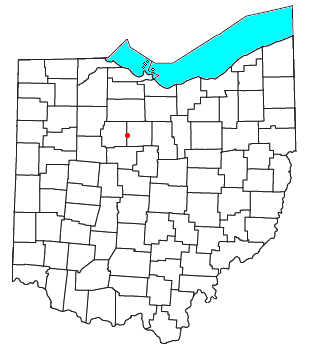 Oceola is a census-designated place (CDP) in central Tod Township, Crawford County, Ohio, United States. As of the 2010 census its population was 190. It has a post office with the ZIP code 44860. It is located along the road that was U.S. Route 30 until being upgraded to a freeway.

Oceola was laid out in 1842. The community was named for Osceola, the leader of the Seminole in Florida. A post office called Oceola has been in operation since 1840.

All content from Kiddle encyclopedia articles (including the article images and facts) can be freely used under Attribution-ShareAlike license, unless stated otherwise. Cite this article:
Oceola, Ohio Facts for Kids. Kiddle Encyclopedia.