Opera San José is a professional, regional opera company in San Jose, California that is unique in the United States. Maintaining a resident company of artists and supporting emerging talent in role debuts, Opera San José specializes in showcasing the finest young professional singers in the nation. In addition to mainstage performances, Opera San José maintains extensive educational programs in schools and in the community at large and offers preview lectures and “Introduction to Opera” talks for all mainstage productions.

Opera San José was founded in 1984 by the late Irene Dalis (1925-2014), who was general director for 30 years, retiring in 2014. She was joined by conductor David Rohrbaugh, a founding member of Opera San José’s artistic staff. Prior to his retirement in 2014, Dr. Rohrbaugh conducted more than 70 productions and more than 600 performances for Opera San José. Larry Hancock, who had served with the organization for many years, became General Director in 2014. Hancock announced his retirement in April 2019, introducing arts administrator Khori Dastoor as his successor. Joseph Marcheso has been the Music Director and Principal Conductor since 2014.

Since assuming the position of General Director, Dastoor has emerged as a vibrant force, a leader within the company as well as in the community. She began her tenure by programming a ground-breaking debut season (2020-21) which was announced in January 2020. Due to the onset of the Coronavirus (COVID-19) pandemic, she cancelled the two final operas in the 2019-20 season and immediately launched one of the nation’s first relief funds to help musicians, artists, and artisans affected by the sudden loss of work due to COVID-19. Dastoor’s forward-thinking throughout the ongoing pandemic has allowed the company to continue creating work to be shared digitally with audiences both local and potentially around the world.

The company has now assembled a cohort of 2020-21 Resident Artists who will quarantine together, allowing them to continue creating work to be shared virtually, and eventually on stage once it is again safe to open theatres to live audiences. Opera San José’s continued mission is to act as an incubator for emerging artists and producer of affordable, accessible, world-class operatic performances. In addition to the full-scale, mainstage operas slated for Opera San José’s 2021 season, members of the resident ensemble will perform in digital concerts, recitals, in-conversation and Meet the Artists events, and fully produced operas created specifically for digital broadcast, as well as educational programming for youths and adults.

Opera San José is dedicated to maintaining a resident company of opera singers with whom we present compelling, professional opera performances, while creating and providing cultural and educational programs that both enrich the opera-going experience and encourage future generations of artists and audiences. Opera San José also provides technical assistance to other organizations.

In the United States, Opera San José is unique with its resident company of principal artists. These artists, in the first years of their careers, are identified and awarded annual contracts to perform leading roles in mainstage productions and to participate in school and community-wide educational activities. These singers are groomed for international performing careers. Due to the resident nature of the company, modeled after the German regional opera company, these artists build substantial professional repertoire, are coached by resident and guest conductors and stage directors, and are prepared to meet the demands of a successful operatic career.

To date Opera San José has presented 150 opera productions, including five world premieres among the 64 titles in its repertoire. Notable productions include the American premiere of Alma Deutcher’s Cinderella (2017), Jake Heggie’s Moby-Dick (2019), and the large scale production of Mozart’s Idomeneo: ré di Creta (2011) jointly produced with the Packard Humanities.

The number of K-12 educational performances has exceeded 2,300. Community programming for adult audiences totals some 3,200 performances. Between all areas of programming, the company reached approximately 113,000 in its last complete season (2018-2019).

Opera San José has never incurred debt and has received consistent four-star ratings from Charity Navigator for its record of responsible fiscal management.

Opera San José is funded by the city of San José and has had many major corporations and foundations as donors including Applied Materials, Packard Humanities Institute, Hewlett Foundation, David and Lucile Packard Foundation, Getty Foundation, and many others. 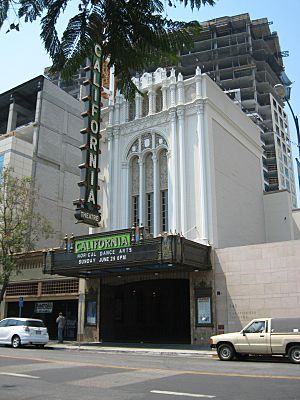 All content from Kiddle encyclopedia articles (including the article images and facts) can be freely used under Attribution-ShareAlike license, unless stated otherwise. Cite this article:
Opera San José Facts for Kids. Kiddle Encyclopedia.