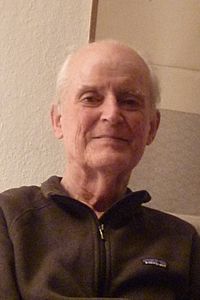 He was an assistant professor at Leiden University from 1960 to 1970.

From 1970 to 1987, he was full professor of epistemology and metaphysics at the University of Amsterdam. From 1987 to his retirement in 1997, he held the chair of "Philosophy and Spirituality" at the same university.

Duintjer died on 23 November 2020 in Heemstede, Netherlands at the age of 88.

All content from Kiddle encyclopedia articles (including the article images and facts) can be freely used under Attribution-ShareAlike license, unless stated otherwise. Cite this article:
Otto Duintjer Facts for Kids. Kiddle Encyclopedia.