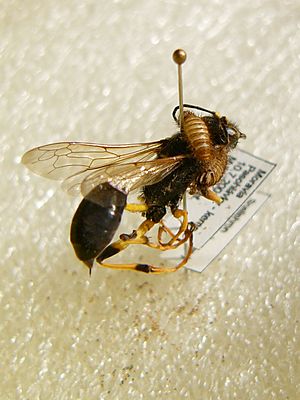 A pest is an animal which harms humans or human concerns. It is a loosely defined term; it overlaps with the terms vermin, weeds, parasites and pathogens. In its broadest sense, a pest is a competitor of humanity.

According to BBC News Science & Environment, these are among the top ten pests of plants: Fungi are prominent in their list, and it is more usual to call them pathogens.

All content from Kiddle encyclopedia articles (including the article images and facts) can be freely used under Attribution-ShareAlike license, unless stated otherwise. Cite this article:
Pest (biology) Facts for Kids. Kiddle Encyclopedia.