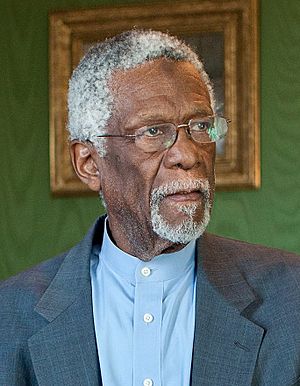 Bill Russell served as the player-coach of the Boston Celtics from 1966 to 1969.

A player-coach, in sports, is a member of a sports team who simultaneously holds both playing and coaching duties. The term can be used to refer to both players who serve as head coaches, or as assistant coaches.

Player/manager is a sports term used to described a manager of a team who is also registered to play for the team. In association football, this situation usually arises when a manager leaves a team suddenly, and the chairman has to make a quick decision to appoint someone new as a caretaker manager. The chairman will usually either ask a coach to take temporary charge or turn to the club's most senior player. If this particular player gains good results for the team during his time in charge, he may be appointed full-time manager, which leaves him a player/manager.

However, there are instances when a free agent is signed by a new team as a manager and offers his playing abilities.

In the United States, player/managers and player-coaches were once common, especially in the early days of baseball. The last player-manager in Major League Baseball was Pete Rose, who began managing the Cincinnati Reds in 1985, the second-to-last season of his playing career. Fred Clarke spent the longest time as a player-manager.

All content from Kiddle encyclopedia articles (including the article images and facts) can be freely used under Attribution-ShareAlike license, unless stated otherwise. Cite this article:
Player-coach Facts for Kids. Kiddle Encyclopedia.