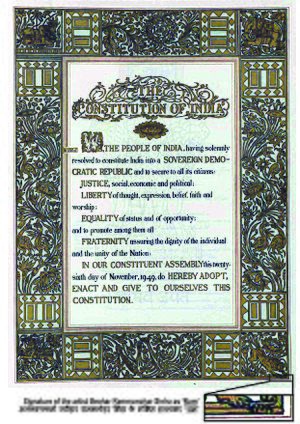 A data packet has a preamble which the system needs but which goes before the data that the user will use.

One of the world's most famous preambles is the one in the United States Declaration of Independence in 1776:

All content from Kiddle encyclopedia articles (including the article images and facts) can be freely used under Attribution-ShareAlike license, unless stated otherwise. Cite this article:
Preamble Facts for Kids. Kiddle Encyclopedia.