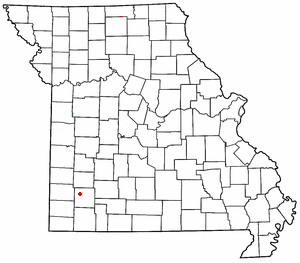 A post office called Rescue was established in 1897, and remained in operation until 1904. It is unknown why the name Rescue was applied to this community.

The community did have a school until 2003, when the Miller R-II School District decided to close what was by then named "Miller West Elementary" due to declining enrollment.

All content from Kiddle encyclopedia articles (including the article images and facts) can be freely used under Attribution-ShareAlike license, unless stated otherwise. Cite this article:
Rescue, Missouri Facts for Kids. Kiddle Encyclopedia.