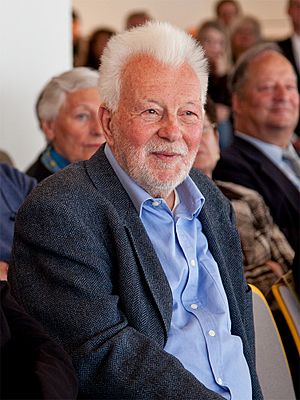 Robert Lebeck (21 March 1929 – 14 June 2014) was an award-winning German photojournalist. Lebeck was born in Berlin. He became well known in 1960 after his report on the independence of the Congo "Afrika im Jahre Null" ("Africa in Year Zero"). This included a photo of an African boy standing next to the steel scabbard of Belgian King Baudouin. That picture remains his "calling card".

All content from Kiddle encyclopedia articles (including the article images and facts) can be freely used under Attribution-ShareAlike license, unless stated otherwise. Cite this article:
Robert Lebeck Facts for Kids. Kiddle Encyclopedia.