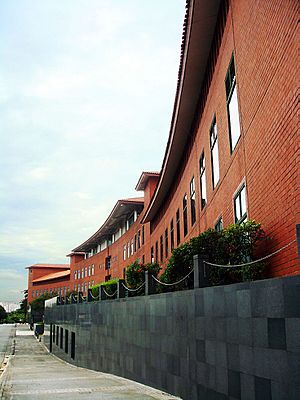 The Singapore Armed Forces (SAF) is the military arm of the Total Defence of the Republic of Singapore; as well as the military component of the Ministry of Defence.

The SAF relies heavily on a large pool of conscripts in the active and reserve forces. It has an active strength of around 71,600 personnel and is capable of mobilising over 900,000 reservists. National Servicemen (NSmen) make up more than 80% of its military defence system and form the backbone of the SAF.

All content from Kiddle encyclopedia articles (including the article images and facts) can be freely used under Attribution-ShareAlike license, unless stated otherwise. Cite this article:
Singapore Armed Forces Facts for Kids. Kiddle Encyclopedia.