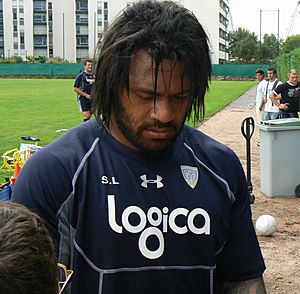 Lauaki was diagnosed with heart and kidney problems while playing for Bayonne. He died on 12 February 2017, at the age of 35.

All content from Kiddle encyclopedia articles (including the article images and facts) can be freely used under Attribution-ShareAlike license, unless stated otherwise. Cite this article:
Sione Lauaki Facts for Kids. Kiddle Encyclopedia.