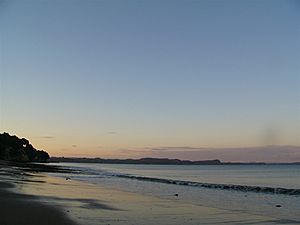 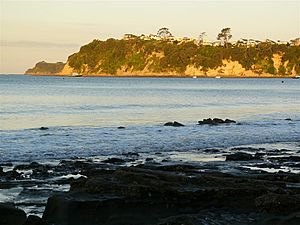 The last rays of the setting sun light up the headland at Stanmore Bay.

Stanmore Bay is a suburb and beach on the Whangaparaoa Peninsula, in the Auckland Region of New Zealand. The beach is on the northern side of the peninsula.

All content from Kiddle encyclopedia articles (including the article images and facts) can be freely used under Attribution-ShareAlike license, unless stated otherwise. Cite this article:
Stanmore Bay Facts for Kids. Kiddle Encyclopedia.