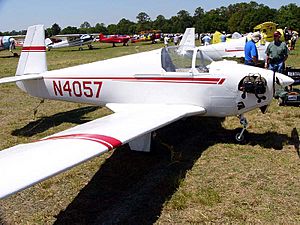 In addition to the fly-in, at one time Sun 'n Fun also operated the Florida Air Museum and supported the Central Florida Aerospace Academy—an aviation-focused career academy operated by the Polk County School Board as part of Kathleen High School. In October 2019 a reorganization made the fly-in part of the Aerospace Center for Excellence, a non-profit organization that was established in 2014 to provide young students with science, technology, engineering and mathematics (STEM) instruction.

In April 2010 Sun 'n Fun received a US$7.5M grant from the Aviation Education Foundation for the new Central Florida Aerospace Academy building. The school is an existing aviation-oriented high school and career academy that is already located on the airport grounds. Completed in August 2011 it accommodates 500 high school students, increasing its current capacity of 175 students. 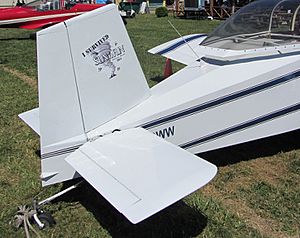 The first weekend fly-in, called Mid-Winter Sun 'n Fun, was held in January 1975 at the Lakeland Municipal Airport and was limited to pilots and EAA, SESAC and FSAACA members. A total of 1,980 guests and 365 aircraft were present. The following year the fly-in was expanded to a full week and the City of Lakeland approved a lease for the convention site to be moved to the southwest quadrant of the airport. The public was invited on a limited basis. The number of visiting aircraft more than tripled compared to the first year, with 1,200 aircraft including 200 homebuilts, 180 antiques, 260 classics, and 28 warbirds on site. Snow fell at the airport for the only time in show history to date during the 1977 show.

In 2011 on March 31, an EF1 tornado hit the grounds of the airshow, resulting in damage to 40-50 aircraft, along with display tents and exhibits. Fifteen people received minor injuries. The airshow continued the next day. The 2015 show featured the first US performance of the Breitling Jet Team. In 2017 the show featured the French Air Force Patrouille de France aerobatic team, making it the second appearance in the US (the first being at the Melbourne Air And Space Show on April 1–3) in more than 30 years. The team flew one show on April 4.

All content from Kiddle encyclopedia articles (including the article images and facts) can be freely used under Attribution-ShareAlike license, unless stated otherwise. Cite this article:
Sun 'n Fun Facts for Kids. Kiddle Encyclopedia.