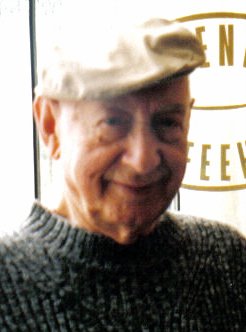 Szymon Symcha Szurmiej (18 June 1923 – 16 July 2014) was a Jewish-Polish actor, director, singer, activist and theatre manager. He was the general manager of the Ester Rachel Kamińska and Ida Kamińska State Jewish Theater in Warsaw. He was also the director of the Yiddish Theater of Warsaw. He was later an activist for Jewish causes.

Szurmiej was born in Lutsk, Volhynian Voivodeship (now Ukraine). He was a member of the World Jewish Congress. He was married to actress Gołda Tencer and had four children.

All content from Kiddle encyclopedia articles (including the article images and facts) can be freely used under Attribution-ShareAlike license, unless stated otherwise. Cite this article:
Szymon Szurmiej Facts for Kids. Kiddle Encyclopedia.