The Ghost Behind the Wall facts for kids 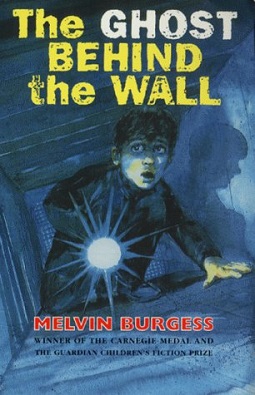 The Ghost Behind The Wall is a supernatural fiction novel for young adults by the British author Melvin Burgess, published by Andersen Press in 2000 (ISBN: 0862644925). Set in London, it features a boy who pretends to be a ghost in the ventilation system of his home apartment building and discovers a real ghost.

Burgess and The Ghost were a commended runner up for the annual Carnegie Medal from the Library Association, recognising the year's best children's book by a British subject.

All content from Kiddle encyclopedia articles (including the article images and facts) can be freely used under Attribution-ShareAlike license, unless stated otherwise. Cite this article:
The Ghost Behind the Wall Facts for Kids. Kiddle Encyclopedia.