The Johnston Collection facts for kids 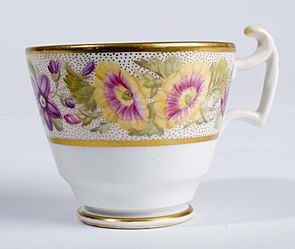 The Johnston Collection (TJC) is a multi award-winning and critically acclaimed museum situated in leafy East Melbourne that invites creatives from the broader visual arts and design communities to re-interpret the Collection through a regular program of re-installation and interventions of the permanent collection.

The museum has a superb collection of English Georgian, Regency, and Louis XV fine and decorative arts, and objet d’art which was a gift from William Robert Johnston (1911-1986) to the people of Victoria.  Johnston was a prominent Melbourne-born antique dealer, real estate investor and collector. The Collection is displayed in a constantly changing domestic setting, in his former residence, Fairhall, an historic East Melbourne townhouse.

Since it first opened to the public in 1990, The Johnston Collection has been inviting creatives from contemporary art and design communities to create dialogues with its collection. In keeping with William Johnston's wish that Fairhall be rearranged, the Collection is guest-curated and re-imagined regularly. So, like a public art gallery, its interior rooms are dedicated to regular rehangs and reinterpretations.The museum also offers special exhibitions, study days, lectures and workshops throughout the year, sharing stories and inspiring communities.

TJC encourages challenges to traditional making, thinking and practice through contemporary responses to the Collection, along with more customary responses that reflect historical techniques, materials and making. As such, the permanent collection is not static - with commissioned projects from invited contemporary creatives who draw on this collection, as well as creating new works based on their own practices for their installations, their reinterpretations. 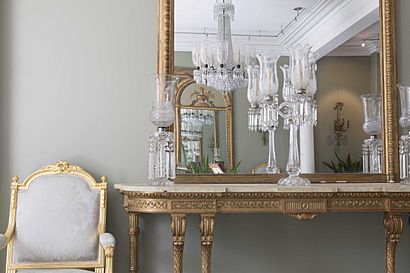 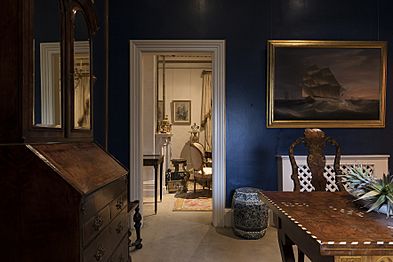 Fairhall is a two storey brick house constructed in 1860, which now houses The Johnston Collection of fine and decorative art. Constructed in 1860, and originally named Cadzow, the house was purchased by William Johnston in 1952. Johnston occupied the house from 1972, until his death in 1986. Internally the structure of Fairhall remains essentially as Johnston left it. Under his ownership, the house was remodelled to simulate the appearance of a Georgian townhouse. These alterations included changes to the fenestration, the replacement of the front door and the insertion of a semicircular fanlight. The house and its collection were bequeathed to the people of Victoria by Johnston shortly before his death.

Fairhall was converted into the house museum, and a courtyard garden was designed by John Patrick in the English manner to highlight Johnston’s love of gardening. In accordance with Johnston’s wishes, the Collection is displayed in a domestic setting within Fairhall, without labels, ropes or barriers. All visitors are conducted through the house by volunteer guides. There is an established tradition of re-dressing and decorating Fairhall, initiated by Johnston himself. Johnston often brought his decorating skills to the fore, rearranging the furniture, not only in Fairhall but also his country property Chandpara and his shop Kent Antiques, to make little vignettes within the spaces. 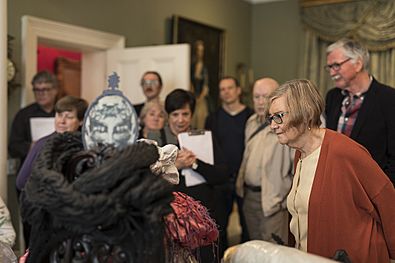 Featuring a world of over 400 years of art and objects, the permanent collection includes over 1,400 items including ceramics, furniture, glass, horology, metalwork, paintings, textiles, and objets d’art of English origin, as well as items from Europe, India, China and Japan.

TJC Collection Online highlights not only our benefactor William Johnston’s foundation collection but also introduces further acquisitions that have added to the spirit of his original gift to the people of Victoria.

TJC's extensive Reference Library is also online. Be inspired and browse a world of learning in our Reference Library, with over 2,000 books now available online to the general public and accessible by researchers and students.

The public is encouraged to explore, research and enjoy art, antiques and objects of both historical and social significance in the comfort of your own home.

The Friends support the museum in practical ways – raising funds for new acquisitions for both the Collection and the Reference Library, for conservation projects in Fairhall, for museum equipment, and for support of TJC’s programs, including exhibitions and lectures.

As well as supporting The Johnston Collection, The Friends receive a range of benefits including invitations to exclusive events and activities, previews of exhibitions, discounts on purchases in the Shop – and much more. 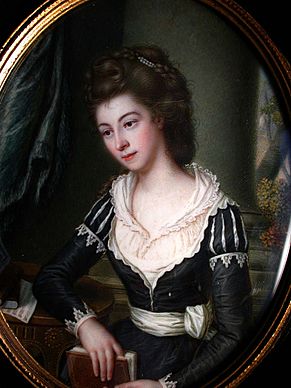 All content from Kiddle encyclopedia articles (including the article images and facts) can be freely used under Attribution-ShareAlike license, unless stated otherwise. Cite this article:
The Johnston Collection Facts for Kids. Kiddle Encyclopedia.