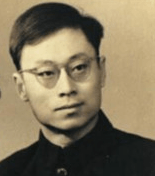 Yu Min (Chinese: 于敏; pinyin: Yú Mǐn; 16 August 1926 – 16 January 2019) was a Chinese nuclear physicist. He was an academician of Chinese Academy of Sciences (CAS). He was also a recipient of Two Bombs, One Satellite Achievement Medal. He was born in Tianjin in August 1926. He was known for his development of the H-bomb.

All content from Kiddle encyclopedia articles (including the article images and facts) can be freely used under Attribution-ShareAlike license, unless stated otherwise. Cite this article:
Yu Min Facts for Kids. Kiddle Encyclopedia.