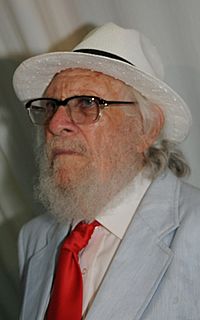 He had his first exhibition in 1953. In 1957 he married Hannah. In 1961, Yakin won the international Adolphe Neumann Prize in Paris. His works are in the Israel Museum, Jerusalem, the Musee d'Art Juif, Paris, and several museums in the Netherlands.

All content from Kiddle encyclopedia articles (including the article images and facts) can be freely used under Attribution-ShareAlike license, unless stated otherwise. Cite this article:
Abraham Yakin Facts for Kids. Kiddle Encyclopedia.