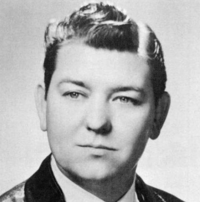 John "Ace" Cannon (May 5, 1934 – December 6, 2018) was an American tenor and saxophonist. He was born in Grenada, Mississippi. He played and toured with Hi Records stablemate Bill Black's Combo, and started a solo career.

Cannon died at his home on December 6, 2018 in Calhoun City, Mississippi from emphysema at the age of 84.

All content from Kiddle encyclopedia articles (including the article images and facts) can be freely used under Attribution-ShareAlike license, unless stated otherwise. Cite this article:
Ace Cannon Facts for Kids. Kiddle Encyclopedia.