Grenada is a city in Grenada County, Mississippi, United States. The population was 13,092 at the 2010 census. It is the county seat of Grenada County. 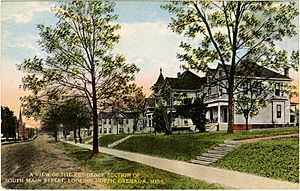 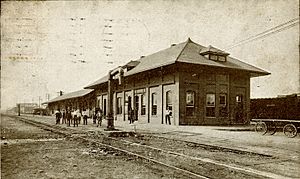 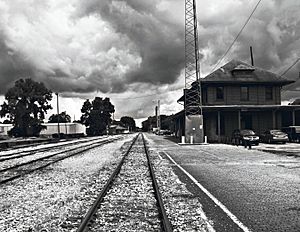 Grenada was formed in 1836, after removal of the historic Native Americans of the area, via the union of the two adjacent towns (separated by the present-day Line Street) of Pittsburg and Tulahoma, founded respectively by European Americans Franklin Plummer and Hiram Runnels. Development included stores and businesses that supported the county court and market days.

Plantations were first developed in the county along the Yazoo River for transportation. Cotton was the major commodity crop, dependent on the labor of enslaved African Americans.

In 1851 Grenada townspeople founded the Yalobusha Baptist Female Institute for education of their young white women. In 1882 it was taken over by the Methodists and renamed as Grenada College. Classified in the 20th century as a junior college, it encountered financial troubles during the Great Depression. The church closed the college in 1936 and transferred its assets to Millsaps College.

In December 1862, Confederate general Earl Van Dorn, whose troops had been encamped in Grenada, led the three brigades under his command in an attempt to destroy the Union supply depot at Holly Springs, Mississippi.

In the civil rights era, African Americans throughout Mississippi were active in seeking their constitutional rights. Congress passed legislation in 1964 and 1965 that ended segregation of public facilities and protected voting rights, authorizing federal oversight and enforcement. In 1966, James Meredith started a solo March Against Fear to challenge oppression in Mississippi and encourage voter registration by African Americans. His planned route from Memphis, Tennessee to Jackson, Mississippi, passed through Grenada.

After Meredith was shot and wounded on the second day, and had to be hospitalized, other prominent activists and many marchers joined the effort, taking up his cause. The marchers, including Martin Luther King and Dick Gregory, spent about a week demonstrating in Grenada before moving on. During that time, the town officials appeared cooperative, protecting the marchers with local police.

They also hired six black voter registrars, who registered one thousand black residents during that week. But, after the march passed through, the county fired the registrars. It was reported later that summer that the 1,000 new black voters were never entered on official rolls. They had to start all over again to gain official voter registration.

During the Civil Rights Movement in 1966 and 1967, the Southern Christian Leadership Conference (SCLC) ran a civil rights organizing project in Grenada which lasted at least 11 months. They worked to register voters and gain concessions for hiring African Americans in local businesses and restaurants, which were still segregated, although racial segregation laws had been legally overturned.

Grenada is situated on the south bank of the Yalobusha River. Grenada Lake is located a short distance from the city. Grenada Lake is a man made lake that falls under the supervision of the Army Corp of Engineers.

There were 5,701 households out of which 33.4% had children under the age of 18 living with them, 41.9% were married couples living together, 22.2% had a female householder with no husband present, and 32.1% were non-families. 28.3% of all households were made up of individuals and 12.1% had someone living alone who was 65 years of age or older. The average household size was 2.52 and the average family size was 3.10.

All content from Kiddle encyclopedia articles (including the article images and facts) can be freely used under Attribution-ShareAlike license, unless stated otherwise. Cite this article:
Grenada, Mississippi Facts for Kids. Kiddle Encyclopedia.