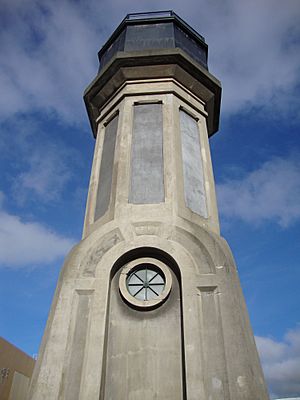 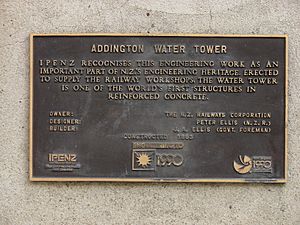 The Addington Railway Workshops was a major railway facility established in the Christchurch suburb of Addington in May 1880 by the New Zealand Railways Department. The workshops closed in 1990.

Addington Railway Workshops were opened in 1877-8 to overhaul and construct railway equipment, and to assemble locomotives being imported from England. In 1889, the workshops were responsible for building the first locomotive to be built by NZR, W 192 and continued to build locomotives up to the early 1920s. As well as railway work, Addington also undertook contract work such as the manufacture of gold dredge components; during the First World War, the workshops produced military equipment including aeroplane components.

Due to the rationalisation of the New Zealand Railways Corporation following deregulation in 1987, Addington Workshops closed on 14 December 1990. The site was cleared with the exception of the former water down; due to changes in freight handling the Main North Line was realigned across the former works entrance, while a new Christchurch Railway Station was opened on this site along the realigned stretch of track on 5 April 1993, replacing the former Christchurch railway station on Moorhouse Avenue in central Christchurch.

The remainder of the site was sold to Ngāi Tahu for redevelopment as a shopping centre, named Tower Junction after the former workshops water tower. The Addington Water Tower is registered with Heritage New Zealand as a Category I heritage building, registration number 5390.

All content from Kiddle encyclopedia articles (including the article images and facts) can be freely used under Attribution-ShareAlike license, unless stated otherwise. Cite this article:
Addington Railway Workshops Facts for Kids. Kiddle Encyclopedia.