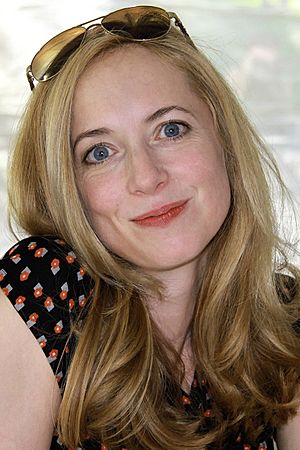 Adele Griffin (born July 29, 1970) is an American fiction author, writing numerous novels for adults, young adults, and kids. Her novels Sons of Liberty and Where I Want to Be were both National Book Award finalists.

Adele Griffin was born and raised in Philadelphia, Pennsylvania. She lives with her husband and their two children in Los Angeles, California.

All content from Kiddle encyclopedia articles (including the article images and facts) can be freely used under Attribution-ShareAlike license, unless stated otherwise. Cite this article:
Adele Griffin Facts for Kids. Kiddle Encyclopedia.