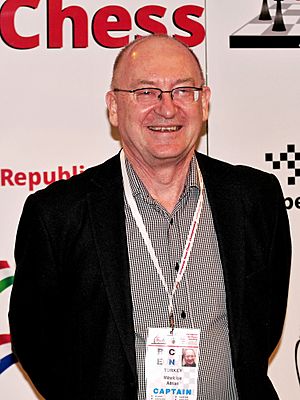 He became a Grandmaster in 1978, shared first place at the Nikolaev tournament (today in Mykolaiv) in 1983, and was second at Hastings in 1985-86. Vice President of Ukrainian Chess Federation 1998-2001. Speaks Ukrainian, Russian, Polish, Serbo-Croatian, Slovenian, English and German languages.

He is currently coaching the Women's Team in Turkey. 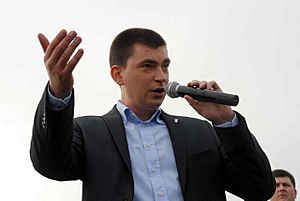 All content from Kiddle encyclopedia articles (including the article images and facts) can be freely used under Attribution-ShareAlike license, unless stated otherwise. Cite this article:
Adrian Mikhalchishin Facts for Kids. Kiddle Encyclopedia.