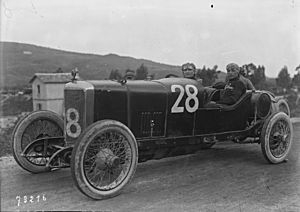 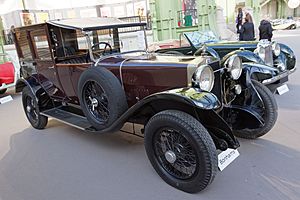 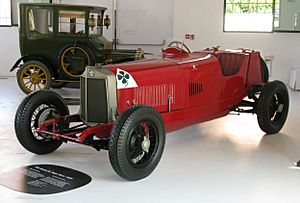 It was designed by Giuseppe Merosi. They made around 2,600 of these cars in total.

The RL Sport (RLS) was a light car that was a foot shorter, so it saved weight. It also had a bigger engine. They made around 500 of these. It changed name to RL Super Sport (RLSS) and 22/90, and was even faster.

This was even shorter than the RL Short and won the Targa Florio race on Sicilia in 1923. They called it RL Targa Florio (RLTF) and less than 10 were made.

All content from Kiddle encyclopedia articles (including the article images and facts) can be freely used under Attribution-ShareAlike license, unless stated otherwise. Cite this article:
Alfa Romeo RL Facts for Kids. Kiddle Encyclopedia.