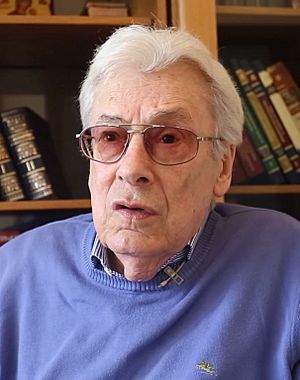 Allan Vladimirovich Chumak (Russian: А́ллан Влади́мирович Чума́к, 26 May 1935 – 9 October 2017) was a Russian faith healer. He was born in Moscow.

Chumak became well known at the height of Gorbachev's Perestroika. When he appeared on television, his fans would hold jars of water next to their televisions in the hope that the water would be able to cure disease. At the height of his fame, he had a regular early morning television spot.

All content from Kiddle encyclopedia articles (including the article images and facts) can be freely used under Attribution-ShareAlike license, unless stated otherwise. Cite this article:
Allan Chumak Facts for Kids. Kiddle Encyclopedia.