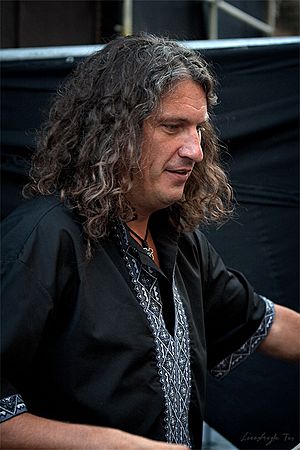 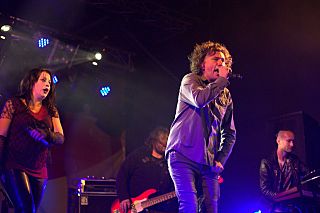 Andriy "Kuzma" Kuzmenko (Ukrainian: Андрі́й Ві́кторович Кузьме́нко; 17 August 1968 – 2 February 2015) was a Ukrainian singer. He was best as the lead singer of the rock band Skryabin, founded in 1989.

Kuzmenko was born in Sambir, Lviv Oblast. He was married to Svetlana and had a daughter, Maria-Barbara, born in 1997.

Kuzmenko died in a car accident on 2 February 2015 in Lozuvatka, Dnipropetrovsk Oblast, aged 46.

All content from Kiddle encyclopedia articles (including the article images and facts) can be freely used under Attribution-ShareAlike license, unless stated otherwise. Cite this article:
Andriy Kuzmenko Facts for Kids. Kiddle Encyclopedia.