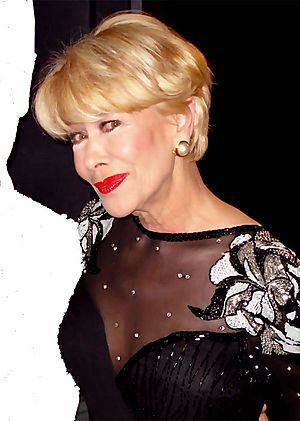 Louise Johanna "Anneke" Grönloh (7 June 1942 – 14 September 2018) was a Dutch singer. She had a successful career starting in 1959. It lasted throughout the 1960s. She became famous with the song "Brandend Zand", one of the best-selling Dutch songs of all time. She was born in Tondano, North Celebes, Netherlands East Indies (now Indonesia).

Grönloh died on 14 September 2018 from leukemia in Amsterdam at the age of 76.

All content from Kiddle encyclopedia articles (including the article images and facts) can be freely used under Attribution-ShareAlike license, unless stated otherwise. Cite this article:
Anneke Grönloh Facts for Kids. Kiddle Encyclopedia.