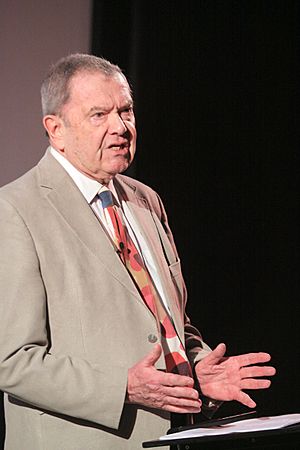 Anthony Stephen "Tony" King FBA (17 November 1934 – 12 January 2017) was a Canadian-born British professor of government, psephologist and commentator. He was best known for his work at the University of Essex. He was considered a leading expert of democracy. He was also the BBC television analyst on election night from 1983 to 2005. He moved to the United Kingdom in the 1950s.

All content from Kiddle encyclopedia articles (including the article images and facts) can be freely used under Attribution-ShareAlike license, unless stated otherwise. Cite this article:
Anthony King (professor) Facts for Kids. Kiddle Encyclopedia.