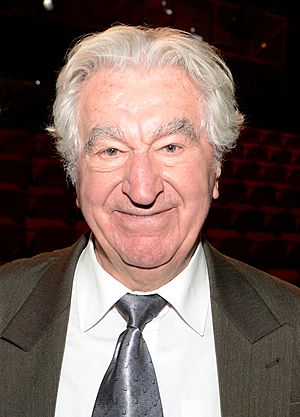 Anton Srholec (12 June 1929 – 7 January 2016) was a Slovak Roman Catholic priest, Salesian and writer. He was ordained by Pope Paul VI in 1970 but was banned under communism rule in Czechoslovakia and was jailed for ten years. He was best known for his work charity work as head of the Resota Center for homeless people in Bratislava. He was born in Skalica.

All content from Kiddle encyclopedia articles (including the article images and facts) can be freely used under Attribution-ShareAlike license, unless stated otherwise. Cite this article:
Anton Srholec Facts for Kids. Kiddle Encyclopedia.