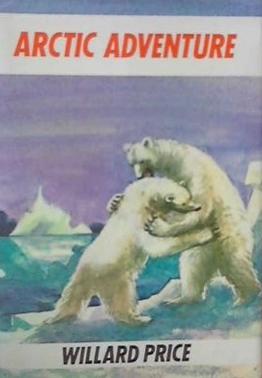 Arctic Adventure is a 1980 children's book by the Canadian-born American author Willard Price. It features his "Adventure" series characters, Hal and Roger Hunt.

Hal and Roger Hunt go to Greenland to capture wild animals and send them to their father's animal farm on Long Island. With the help of Nanook, a huge polar bear, and Olrick, a Greenlandic Inuit, they capture many animals. However, all is not well. They meet a mean American called Zeb who is determined to kill the two teenagers.

All content from Kiddle encyclopedia articles (including the article images and facts) can be freely used under Attribution-ShareAlike license, unless stated otherwise. Cite this article:
Arctic Adventure Facts for Kids. Kiddle Encyclopedia.