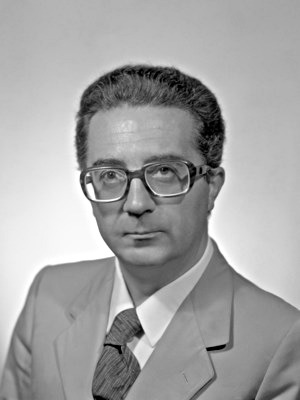 Armando Cossutta in the 1960s

Armando Cossutta (2 September 1926 – 14 December 2015) was an Italian communist politician. After World War II, he became one of the leading members of the party, representing the most pro-Soviet Union tendency. Cossutta was president of the Party of Italian Communists, and Member of Parliament. He also served as Member of the European Parliament during the 5th European term (1999-2004). In 1999, Cossutta appeared on a list of alleged Italian KGB spies. Cossutta has not been convicted.

Cossutta died on 14 December 2015 in Rome, Italy from bronchopneumonia, aged 89.

All content from Kiddle encyclopedia articles (including the article images and facts) can be freely used under Attribution-ShareAlike license, unless stated otherwise. Cite this article:
Armando Cossutta Facts for Kids. Kiddle Encyclopedia.