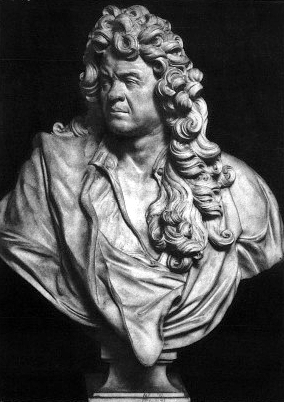 Armide is an opera. The music was written by Jean-Baptiste Lully. The words were written by Philippe Quinault. The story of the opera is based on Jerusalem Delivered by Torquato Tasso. It was first performed February 15, 1686 by the Paris Opéra at the Théâtre du Palais-Royal. It was revived several times in the 18th century. The story is about an enchantress named Armide and her love for a knight named Renaud.

All content from Kiddle encyclopedia articles (including the article images and facts) can be freely used under Attribution-ShareAlike license, unless stated otherwise. Cite this article:
Armide Facts for Kids. Kiddle Encyclopedia.