Away in a Manger facts for kids

"Away in a Manger" is a Christmas carol first published in the late nineteenth century and used widely throughout the English-speaking world. In Britain, it is one of the most popular carols; a 1996 Gallup Poll ranked it joint second. Although it was long claimed to be the work of German religious reformer Martin Luther, the carol is now thought to be wholly American in origin. The two most-common musical settings are by William J. Kirkpatrick (1895) and James Ramsey Murray (1887). 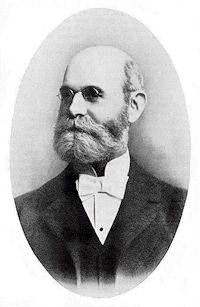 The popularity of the carol has led to many variants in the words, which are discussed in detail below. The following are taken from Kirkpatrick (1895):

The cattle are lowing, the baby awakes,
But little Lord Jesus, no crying he makes.
I love thee, Lord Jesus! look down from the sky,
And stay by my cradle till morning is nigh.

Be near me, Lord Jesus; I ask thee to stay
Close by me forever, and love me I pray.
Bless all the dear children in thy tender care,
And take us to heaven to live with thee there.

Almost every line in the carol has recorded variants. The most significant include the following:

By Christmas of 1883, "Luther's Cradle Song" was already being performed as a recitation as part of a Sunday School celebration in a church in Nashville. The early popularity of the hymn may also be reflected in a report (published in 1885, but covering the year 1884) from an American mission in Maharashtra, India, stating that "[t]he hymns and cradle songs learned in the school, are often sung at home. One woman said that 'Hush my dear,' and 'Mother mine,' were heard all day in their alley, and now more lately, Luther's cradle hymn, 'Away in a manger, no cot for his bed,' has a place with them and is a favorite." By 1891, Hill writes, "the carol was sweeping the country [the United States]", with at least four musical settings published that year.

In the second verse, the line "no crying he makes" is considered by some to fall into the heresy of docetism, with the line's implication that, by not crying, Jesus could not have been fully human as is taught by orthodox Christian doctrine. However, as the first two lines of that verse make clear, the context is that of a newborn having fallen asleep sometime after birth (see last line of v.1), and being later awakened by the lowing of nearby cattle. Some infants when napping usually do so and others wake and lie quietly (unless hungry, wet, or otherwise distressed), so there is nothing "not fully human" about Jesus' behavior.

Murray included a claim that the hymn was "[c]omposed by Martin Luther for his children". Hill writes:

Wherever he got the ideas expressed in the heading, Mr. Murray made one serious tactical mistake in saying that Luther "composed" the hymn, and then placing only his own initials where the composer's name is normally given. As a consequence, his fellow compilers of song books apparently supposed that all he had done was to arrange the accompaniment.

As a result of this "tactical error", Murray's melody appeared, without credit, in several subsequent publications. By 1914, the melody was attributed to "Carl Mueller", and this attribution was repeated several times in other publications. The identity of "Carl Mueller" is unknown, but the tune is widely known as "Mueller" as a result.

The standard melody in Britain and Ireland is "Cradle Song". The tune, written by the American composer William J. Kirkpatrick, was first published as part of the collection Around the World with Christmas (1895), a "Christmas Exercise" for schools featuring material representing various countries: "Away in a Manger" was included, under the title "Luther's Cradle Hymn", as a representative of "The German Fatherland".

Kirkpatrick's melody was later published in numerous hymn-books, and was the setting that, in Hill's words, "first carried the words beyond the confines of the United States", being included in collections such as Carey Bonner's Sunday School Hymnary (1905). It remains the most popular musical setting of "Away in a Manger" outside the United States.

In his article "Not so far away in a Manger, forty-one settings of an American carol", published in the Music Library Association Notes (second series) III, no. 1 for December 1945, Richard Hill treated 41 of the nearly 200 different musical settings of this text.

The first music mentioned in connection with "Away in a Manger" was a pre-existing composition: Home! Sweet Home! (also known as "There's No Place Like Home"). This was suggested as a musical setting in Little Pilgrim Songs (1883) and The Myrtle (1884), and continued to be mentioned as an appropriate melody for decades to come. A musical arrangement was published in the early 1920s.

The first known musical setting specifically published with the words appeared in an Evangelical Lutheran Sunday School collection, Little Children's Book for Schools and Families (1885; preface dated Christmas 1884), where it simply bore the title "Away in a Manger". It was set to a tune called "St. Kilda," credited to J.E. Clark. The tune, according to Hill, "gives every appearance of being a standard melody used elsewhere for other hymns", but Hill adds that "no information on J. E. Clark or any other printing of his tune, previous or later, has been located." This publication is also notable for refraining from attributing the carol to Luther.

The melody by John Bunyan Herbert (first published in 1891), is identified by Hill as among the most popular. Like Murray's, Herbert's setting was often republished without credit to the original composer, with the melody sometimes even being misattributed to Luther himself.

Charles H. Gabriel, already mentioned as being the first to publish the third verse in 1892, is also notable for having published more different musical arrangements of the hymn than any other known composer. His 1896 setting, reprinted in many different collections, is based on his 1892 melody but adds a chorus at the end of each verse, with the word "asleep" sung antiphonally.

Another popular arrangement, found at least as early as 1897, sets the words to Jonathan E. Spilman's 1838 melody "Flow Gently, Sweet Afton". Hill, writing in 1941, found Spilman's musical setting to be the second most published after Murray's.

An arrangement dating from 1911 sets the words to an "old Normandy Carol". This melody was subsequently published in Carols for Choirs, arranged by Reginald Jacques.

An arrangement by Christopher Erskine combines the two most-popular tunes for the hymn, from Kirkpatrick and Murray. Erskine's arrangement was first performed in 1996 at the annual pair of joint Carol Services in Manuka, Canberra, sung by the choirs of St Paul's Church (Anglican) and St Christopher's Cathedral (Roman Catholic). In this version, the Kirkpatrick setting is sung by one choir, and the Murray setting by the other choir, alternating through the first two verses. Both settings are sung together for the third verse.

Musical settings of "Away In A Manger"

All content from Kiddle encyclopedia articles (including the article images and facts) can be freely used under Attribution-ShareAlike license, unless stated otherwise. Cite this article:
Away in a Manger Facts for Kids. Kiddle Encyclopedia.