Kids Encyclopedia Facts
This article is about a province in Afghanistan. For a city with the same name, see Balkh. 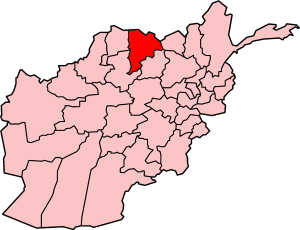 Location of Balkh Province in Afghanistan.

Balkh is a province in the northern part of Afghanistan. Its capital is Mezari Sharif. Most of its people are Tajiks.

All content from Kiddle encyclopedia articles (including the article images and facts) can be freely used under Attribution-ShareAlike license, unless stated otherwise. Cite this article:
Balkh Province Facts for Kids. Kiddle Encyclopedia.