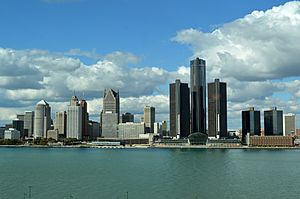 Bankruptcy is a legal process which happens when a person or an organisation does not have enough money to pay all of its debts. Legally they are insolvent.

Where it is a person who cannot pay their debts, the person's creditors may ask the court to appoint a trustee in bankruptcy. This is a professional accountant who is appointed by the court, and they will take control of the bankrupt person's assets. Some assets are protected by law, but the trustee in bankruptcy will sell off all of the other assets and use the proceeds to pay as much of that person's debts as possible. After the process is complete the person is discharged from bankruptcy, and the person is free from any further liability to pay those claims, but normally that person will be limited in their ability to borrow money again because their credit rating will be damaged.

Where it is an organisation who cannot pay their debts, the creditors may ask the court to appoint a liquidator. The liquidator does a very similar job to the trustee in bankruptcy except that there are no assets which are protected so the liquidator can sell everything. Once all of the assets of the organisation have been sold, the organisation is then dissolved and no longer exists. Organisations do not get discharged from bankruptcy in the same way that a living person does.

People often confuse the terms bankruptcy and insolvency, and sometimes they use one word when they really mean the other. Insolvency usually just means that a someone does not have enough money to pay their debts or (sometimes) that the total amount of their debts is worth more than the total amount of their assets. Bankruptcy is a formal legal process in front of the courts. Although the two terms are connected, just because a person is insolvent does not necessarily mean that they will go into bankruptcy.

In various countries, individual people can try and reach individual voluntary arrangements (or IVAs) with their creditors. This means that the creditors agree to take less money to discharge their debts. There are similar processes for companies and other organisations, and they go by various different names in different countries, but in many countries they are called schemes of arrangement.

In many countries a company or business can ask the courts for bankruptcy protection to try and protect the business so that the creditors cannot destroy all of the physical capital and goodwill by breaking it apart and moving it away. The aim of this is provide is more time for the business to reorganise itself and to work out a new deal between the owners and the people the business owes money. In many countries this is called going into administration, although in the United States it is usually referred as going into Chapter 11.

However, not all countries have bankruptcy protection laws for businesses.

Often a creditor threatens a debtor with debt slavery in many parts of the world. In some cases the debtor does not know that they have a right to go bankrupt. This is a human rights problem in some countries. Also, some creditors continue to harass a debtor even though bankruptcy laws say they should not, hoping that the debtor will pay them money that they do not deserve.

Chapter 7 of the Title 11 of the United States Code (Bankruptcy Code) can be filed by businesses or individuals. It is also called liquidation bankruptcy because some of a debtor's property may be sold (liquidated) to satisfy creditors. Chapter 13 is the most popular form of bankruptcy in the United States. When a business is in debt and cannot pay it, it may ask or be forced to file bankruptcy in court under Chapter 7. A chapter 7 usually makes a company stop doing business. Employees often lose their jobs when company files for chapter 7. When chapter 7 is filed, the trustee is chosen. The trustee is in charge of managing the business and selling its assets to pay the creditors.

All content from Kiddle encyclopedia articles (including the article images and facts) can be freely used under Attribution-ShareAlike license, unless stated otherwise. Cite this article:
Bankruptcy Facts for Kids. Kiddle Encyclopedia.