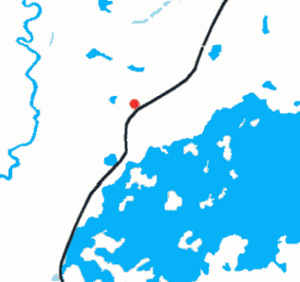 The plantation house is located at 13426 N. Meridian Rd. and is a 2-story home with porches on both floors that partially wrap to each side of the house. The porches are supported with eight stately columns. Fireplaces are located at both left and right sides of the home. A kitchen extends off the left side of the home. The boundaries of Bannerman Plantation itself are unknown.

The Leon County Florida 1860 Agricultural Census shows that Bannerman Plantation had the following:

All content from Kiddle encyclopedia articles (including the article images and facts) can be freely used under Attribution-ShareAlike license, unless stated otherwise. Cite this article:
Bannerman Plantation Facts for Kids. Kiddle Encyclopedia.