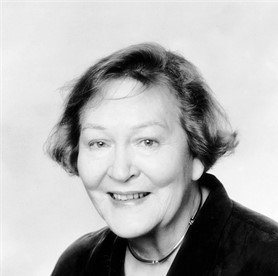 Barbara Firth (1928-2013) was a British illustrator of children's books, best known for her work on Martin Waddell's Little Bear books. She won the 1988 Kate Greenaway Medal

Firth was born in Cheshire on 20 September 1928, and enjoyed drawing as a child but had no formal art education. She qualified in pattern cutting at the London College of Fashion and worked for 15 years for Vogue as production director on books on crochet, knitting and dressmaking. She moved to Marshall Cavendish and worked on their part works, and there met Amelia Edwards who commissioned her to illustrate some non-fiction work including Margaret Lane's The Spider. This led to work on David Lloyd's Great Escapes books and her work with Waddell.

She won the 1988 Kate Greenaway Medal, awarded by the then Library Association (now CILIP) for "distinguished illustration in a book for children", for her work on Martin Waddell's Can't You Sleep Little Bear? (Walker, ), which has been called "as perfect a picture-book as anyone could hope to make". The book was also the overall winner of the 1988 Nestlé Smarties Book Prize.

She illustrated four further Little Bear books by Waddell, and his The Park in the Dark which won the 1989 Kurt Maschler Award, as well as books by other authors including Sarah Hayes (The Grumpalump), Charles Causley and Jonathan London.

All content from Kiddle encyclopedia articles (including the article images and facts) can be freely used under Attribution-ShareAlike license, unless stated otherwise. Cite this article:
Barbara Firth Facts for Kids. Kiddle Encyclopedia.